Why Have A Mindfulness Practice? 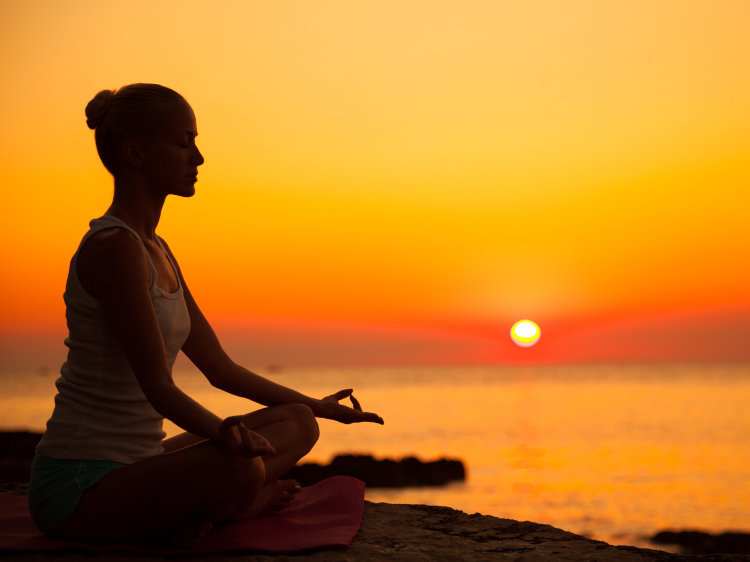 Recently, I went to my office early one morning to try and get some work in before a previously scheduled 1 pm appointment with my son in Los Angeles later that day. I arrived fully intending to get at least 3 hours of work completed some of which was going to be alongside my business partner who I thought was supposed to come in that day. I arrived that morning feeling very driven and determined to accomplish. I also wanted to feel inspired while at work so I made sure I turned on our fountain in our lobby and also our TV with nice meditation music in the background. As an aside, my cell phone battery was running low as I had forgotten to charge it the night before, so I placed it in a charging doc I had on my desk while I worked. I went on to answer some emails and get to work.

After a few minutes, I thought I should use the restroom as a final activity before I hunkered down to work for a few hours and my business partner arrived. I left everything as is on my desk, and left for the restroom a few offices down. The way the office is structured is that we share a common hallway with another office so we each have doors that lead to women/men’s rest rooms along with a separate kitchenette in the hallway that leads to the restrooms.

As I came out of the restroom that morning, I immediately saw the door leading to our office was now closed. I don’t remember closing it, but it was now. “I thought, “OK, no big deal, I’ll just open it”. And then my peril began. The door was locked. Then I thought “OK, I’ll go to the other door and try to open it”. It was locked. This is the door that leads into another business. I thought, “No big deal, I’ll just knock”. I knocked, at first politely and gently, then a bit more loudly, then more sternly, progressing to very loudly while shaking the handle and yelling “anybody there?” I then went down to the ground and looked through the small gap between the door and the floor and I saw an empty office. No sign of anyone.

This was the first moment when the first bout of panic first set in at the realization that I was stuck. I was locked in without a phone between two empty offices where no one could hear me and no one knew where I was. For the next maybe 10 minutes I proceeded to do everything I could think of, from my best and silliest MacGyver attempts to frantically banging on the floor and doors in case someone could hear me. I am ashamed to admit I tried to pick the lock with a plastic fork and knife, I even attempted to break the door down with my small frame, accomplishing nothing.

Once I felt defeated having tried all my option available, panic set in once again. It had let up momentarily as I was very busy trying to think of the many ways to get out. And then I just sat cross-legged on the floor and began to breathe, clear my mind and meditate. The daily practice I do on a regular basis was what I instinctively grabbed for even without thinking. Almost instantly, I surrendered to the moment as it was. My mind quieted, my heart settled, my breathing settled and I arrived at the moment. Everything stood still for that moment. I was not afraid.

As if it were a ton a bricks it suddenly hit me “Your watch!” This was not an immediate realization because I was wearing two layers of long-sleeves. However, I suddenly realized, I was wearing my IWatch! I knew I couldn’t make phone calls but I knew there was a way to text out. I had never texted free text from my watch other then the smiley faces or thumb’s up, so I had all the time in the world to learn and experiment.

Letter by letter and often erase and redo, I scribbled out “ Help, I am stuck in the hallway bathroom, I can’t get out, no phone, only IWatch”. I texted my business partner who I thought would be coming at some point and no answer. I moved on to text my husband who was half way down to Los Angeles that day. My husband called through y watch and was trying from his phone to get help for me. Finally a text came in from my business partner that she was in fact never supposed to come in that day and that she was at private practice until 3 pm day! However, soon she sent out an SOS for me and someone with the key to our business came out to get me. However, it was another good 40 minutes until then.

Ironically, all I could hear the whole time was my soothing meditation music and my water fountain I had turned on when I first arrived! So I meditated in gratitude for the next 40 minutes until help came to let me out.

As I told my tale to several people, they all commented that they would have panicked, and I did. However, looking back at it, I was extraordinarily calm. I felt panic twice but it was short and I felt like I somewhat was in control of my emotions. If this same situation would have happened to me years ago, I may have been crying and hysterical perhaps at the thought of being alone and stuck without what I thought was communication. Over the years of my meditation practice, the way I can use mindfulness with anxiety is truly remarkable for myself. In the past, it would get the best of me. Now, I have something to fall back on that I know works to bring down my heart rate, focus my mind and clear my thoughts. Perhaps if I had been an emotional wreck as I would have probably been in a situation life this one, even though I had my smart watch, I might have never even thought about it because my mind was so cluttered and my emotions so overpowering. That moment of calm and clarity, was instrumental in finding the solution to my problem.

Now, if I hadn’t had my smart watch with me, I may have been stuck for many more hours. I hope my son and husband would have come looking for me when I didn’t turn up when I said I was going to be home later that morning to my appointment. Nevertheless, thank you Apple and thank you Mindfulness for getting out and through that tough moment in life.