Mindfulness on Division in Relationships 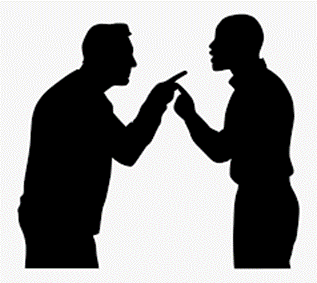 This past year has truly been an unprecedented path that has led many relationships to near breaking points. The politically charged and tense situation of the past election has brought up differences in people unlike ever before. Although there had always been certain ideological differences in our country, this is now being strongly felt between parents, children, partners or spouses, friends and neighbors.

Mindfulness is one of a few evidenced-based practices to help bridge the gap, so-to-speak between people. One of the main reasons for this is the active practice of mindfulness meditation has a component of exercising the right side of the brain, which is the side that is responsible for the concept of “oneness” and “unity”. This is often helpful when expanding on the concept of common humanity or beingness. In this more accepting mental space, the apparent differences seem smaller and the commonalities increase.

During these times, I have seen in my practice how differences in opinion have taken a lead in discussions around the dinner table or filling time among family interactions. This has led to a myriad of anything from hurt feelings to “losing respect” for someone to all-out no longer being on speaking terms with a relative, friend or acquaintance. This isn’t to say that familial relationships or certain friendships have been easy. However, now there are some rifts that have surpassed traditional levels of difference of opinion to the point of creating certain division or wedges that have been difficult to bridge.

Now more than ever, we can call upon our mindfulness practices of equanimity, compassion and loving kindness along with a gentle meditation practice in order to strengthen the common bonds that unite us all.

If you are interested in learning more, check out the Mindfulness Masterclass at the Mindful Minute App on the app markets. www.themindfulminuteapp.com